PEDOLOGICAL STUDY OF LAND SUITABILITY IN THE AREA OF MAVRODIN TELEORMAN COUNTY, REGARDING THE ARRANGEMENT OF IRRIGATION WITH WATER FROM ZOOTECHNICAL COMPLEXES

The studied area is located in the center of Teleorman County, belonging to the Mavrodin cadastral territory, currently used as an arable land. The pedological mapping was performed with the purpose of identifying the soil area, assessing its fertility as well as the suitability for irrigation with wastewater.Â In this regard, a soil profile was opened and several surveys were collected from soil samples in natural and modified settlements, for morphological, physical and chemical analyzes. The soil type identified is red preluvosol.Â Geomorphologically, the land is part of the Roman Plain, the subunit of Burnaz, between the Danube Lunca, the Vedea, Teleorman and Calniştei valleys, extended west to the Teleorman river and the eastern limit of the county. The ground level is maintained between 8-10 m, with small fluctuations depending on the terrain.Â The type of soil identified, is classified in the luvisoluri class, having the following sequence of horizons: Ao-AB-Bt-C.Â The criteria for classification into classes, subclasses and other subunits of land according to the suitability to irrigate with waste water are those mentioned in chap. 10 from MESP, vol II (ICPA, 1987) with some additions.Â According to Annex 11.1 of the MESP, vol II (ICPA, 1987), the following additional criteria intervene in the selection of lands that can be irrigated with wastewater (soil type, soil texture, soil volume, soil thickness, erosion, soil unevenness, groundwater depth, excess surface moisture, other restrictions. 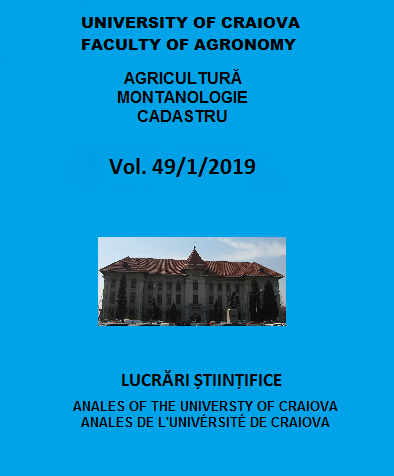