The analysis on fertility, crop suitability for different plants and eastern Craiova soils productivity capacity, i.e. Circea village area, was carried out by estimation work under natural conditions, a complex specialized work which highlights natural conditions of the area, where the soils and their physicochemical properties emerged and developed.Â Due to a varied natural conditions range, mainly because of the landscape, a large variety of soils, such as the reddish preluvosoil have formed in the area where the research was carried out; out of which, on wider areas, reddish luvic preluvosoil, reddish eroded and stagnic preluvosoil and reddish alluvial preluvosoil.Â As a result of land evaluation and crop favourability classes, depending on natural factors and soil properties in the researched area, one can note that the alluvial reddish preluvosoil is characterized by the highest natural fertility, being followed by the luvic red preluvosoil. Reddish stagnic preluvosoil is characterized by a very low natural productivity potential, highly differentiating itself from the other three types of soil. The highest productivity is that of the reddish alluvial preluvosoil followed closely by that of the reddish luvic preluvosoil, and the lowest productivity is that of the reddish eroded and stagnic preluvosoils; that of soils on slopes,Â  where the lowering or limiting factors of productive capacity are represented by the processes of erosion and stagnogleyzation. 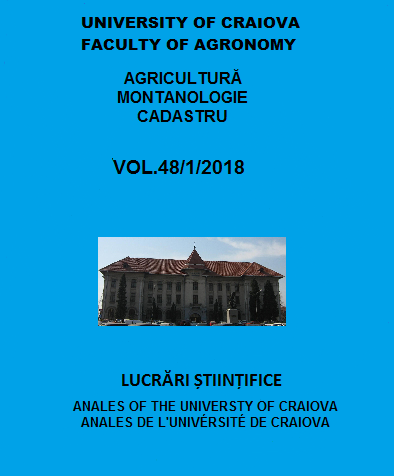