RESEARCH REGARDING OXIDATION OF CLAY MINERALS FROM SOILS OF ROMANIA

An oxidation method with oxygenated water was used on the separated calcium saturated clay fractions and were estimated the concentrations of smectite and illite by means of X-ray diffraction patterns.
The used oxidation method with oxygenated water makes an alteration of all colloidal particles in suspension in contrast with the partial alteration in soil profile due to the structure and settling states of soil horizons.
The illite crystallinity indices are greater than those of smectite and show that illite has greater particles and higher ordering of atoms on broken surface and in lattice structure. This suggest a particle corrosion with a releasing of some structural elements and an accentuation of the illiteâ†’smectite transformation. 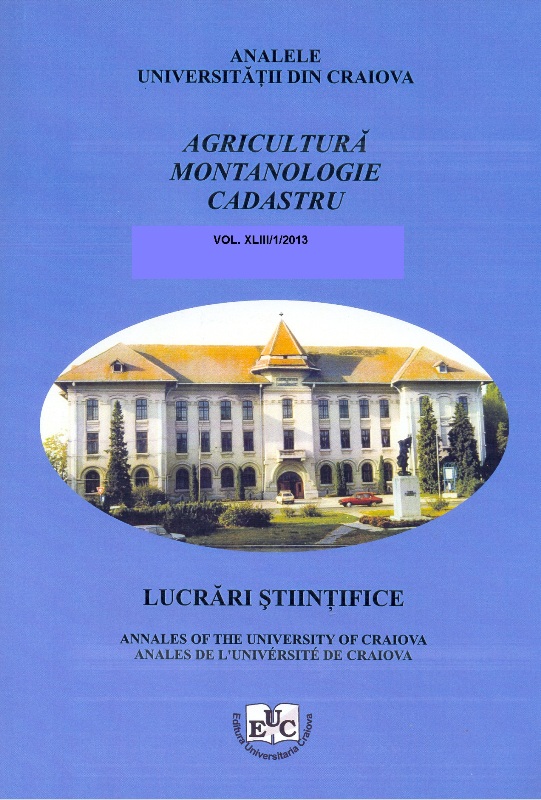